MoveOn, a progressive group known for its online organizing of protests and demonstrations, is staging one in cities across the country on Thursday to protest Donald Trump’s decision to remove Jeff Sessions as attorney general. 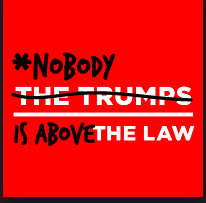 The West Hollywood demonstration will take place at 5 p.m. at West Hollywood Park across from the Pacific Design Center on San Vicente Boulevard. An announcement of the event on Facebook notes that Sessions’ interim replacement, Matthew Whitaker, has echoed Trump in criticizing as illegitimate the investigation by Robert Mueller of possible interference by Russia in the 2016 presidential election. Mueller is the head of the U.S. Department of Justice’s Special Counsel investigation of the alleged interference.

On Wednesday, after Tuesday’s mid-term election, Trump asked for Sessions’ resignation. Whitaker’s criticism of the Mueller investigation has prompted fears that he might fire Mueller.

Roy Rogers Oldenkamp, organizer of the West Hollywood MoveOn demonstration, posted an announcement of it on Facebook. “We’ll gather peacefully,” he said. “Then let’s celebrate the House and 100 new women in Congress!”

Frankly amazed by some of the comments here. 1) Yes, no one is going to shed a tear over Jeff Sessions. His actions as Attorney General have been repulsive on many counts. He is, in point of fact, a scoundrel. But he stood his ground to ensure that Mueller’s probe continued so that there is some accountability within our government to a president who is known to play loose with the law. Sometimes, even evil people do good deeds. 2) There are lots of things within the purview of a president. He could decide to bomb Toronto. Should he? That’s… Read more »

But MoveOn told me a year and half ago that Jeff Sessions was the most dangerous, racist person to ever be nominated to be Attorney General? I was told that he must be stopped? Now am I supposed to be upset that he has been fired? I am beyond confused…

Move On….please move on and find something intelligent and constructive to DO. Just and ethical behavior begins in our homes and our own communities. Unaddressed, we witness characters like DJT and the myriad suspected white collar criminals that have grown exponentially to seemingly unstoppable proportions since 9/11 because the focus of most agencies was directed to combatting terrorism. We as complacent individuals have fostered domestic corporate crime that targets consumers and fosters equally blind followers. We have folks in our own city mirroring some of the worst attributes of DJT and we just rollover and elect them. While not a… Read more »

West Hollywood, do you want to make a positive statement? How about an evening candlelight vigil in the park where we can gather to pay tribute to the poor people killed last night having a good time and the police officer in Thousand Oaks????

OMG….move on needs to move on. WTFCares about this????? Tie up traffic for this? Is there a way to ban these BS protests during rush hour? For F’s sake, we just want to get home from work. But then 4 people will show up as no one cares.

Hey Mellie, why don’t you organize that vigil if it’s so concerning to you. That would be a great gesture.

How many sheriff’s deputies will be needed to oversee this demonstration? A waste of resources. Grow up Weho.