When it comes to the best small cities in America in which to live, West Hollywood lands smack dab in the middle. That’s according to a survey conducted by WalletHub, a personal finance website.

The survey examines more than 1,200 cities with populations between 25,000 and 100,000, using 40 indicators of livability. They range from housing costs to school system quality to restaurants and coffee shops per capita.

Nineteen small cities ended up in the 99th percentile (the top rank) of the WalletHub analysis. Los Altos was the only California city to make that rank, largely because of its economic health and its education and physical health rankings. Others in the top rank were as varied as Westport, Conn., West Fargo, N.D., and Highland Park, Ill.

West Hollywood was one of 13 cities in the 50th percentile, largely because of its poor affordability ranking and its low-range public safety ranking. 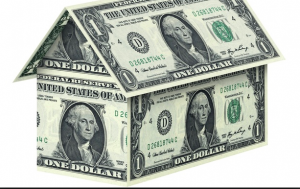 WeHo was the fourth most expensive city among the 1,268 surveyed. Santa Barbara ranked as the most unaffordable city and San Luis Obispo ranked as the second most. Coming in third was Passaic, N.J. West Hollywood ranked 1,068 in terms of public safety, putting it near the bottom of the 1,268 cities studied.

West Hollywood’s nightlife scene likely boosted its ranking in the quality of life category. The characteristics assessed by WalletHub were as follows:

The fact that nearly 80% of WeHo residents live in apartments and do not own their own homes may have been a factor in the low affordability ranking. WalletHub looked at four criteria and weighted them equally. They are:

The Safety ranking came from an analysis of the following factors, the first two of which were weighted twice as heavily as motor vehicle crash deaths:

The WalletHub survey does not share specific data for each city it analyzed, but it does cite the sources, which include U.S. Census Bureau, Bureau of Labor Statistics, Federal Bureau of Investigation, Areavibes, TransUnion, TripAdvisor, RealtyTrac, county health rankings, Yelp and other WalletHub research.

Shallow and deep.
Sounds about right.

It is just so fascinating out of the 4 most expensive cities on lack of affordability or attain ability, ironically they are practically with the pacific railway county cooridor boardering the Santa Monica and Santa Ynez mountains from West Hollywood (LA County), city Santa Barbara of Santa Barbara county, is like West Hollywood and Beverly Hills combined in trendy and walkability villages only by the coastal community of the 50 miles to our north ( Santa Barbara) and San Luis Obispo cities and county and that of Ventura county just to our northwest that are dealing with fire and mudslide… Read more »

Thanks to our car break-in lalapalooza, Weho’s property crime rate is higher than it would be with a “normal” amount of break-ins. They also weighed income, home ownership and housing costs equally. I know Westport, CT very well. Their median income is probably 3 times higher than Weho. Of course their home ownership is going to be higher, thus giving them a higher ranking in that category. It’s not that they have reasonable home prices, and we don’t. It’s that they make way more money. The other high affordability cities are nowhere we’d want to live. Sure, you could afford… Read more »