The election for three seats on the West Hollywood City Council is 97 days away, and the campaigns are starting to get interesting. 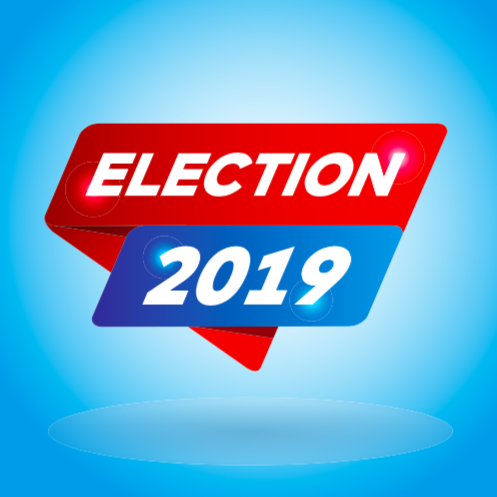 Most voters already know that there will be some eccentric candidates on the ballot — drag queen Jackie OMG (aka Jack Cline) and sexual exhibitionist Eric Jon Schmidt, roommates who have sparked some entertaining conversations. And for the first time in West Hollywood’s 34-year history the ballot won’t be entirely white. Timothy Williams, an African-American man who identifies himself as assistant director for the Brotherhood Crusade’s BLOOM Program and as head of a production company called Haus of Liontruth, will be on the ballot. And so will Marquita Thomas, an African-American woman who is executive director of the L.A. Gay and Lesbian Chamber of Commerce. Their race will make them stand out in a city where more than 80% of the population is composed of non-Hispanic white people. (And where only 4% identify as non-Hispanic black).

Then there are challengers Duke Mason, a member of the city’s Gay and Lesbian Advisory Board and a former member of the West Hollywood Community Housing Corp. board of directors, and Tom Demille, a frequent speaker at city council meetings, each of whom has run unsuccessfully in the past.

But it’s the apparent split among the three incumbents that is intriguing political insiders lately. On Tuesday evening, council members John D’Amico and Lauren Meister will hold a fundraising event together at PUMP, the restaurant owned by reality TV star Lisa Vanderpump and her husband Ken Todd. Councilmember Lindsey Horvath apparently isn’t participating.

And today Horvath announced her own fundraiser, on Dec. 12 at a location to be announced, where Mayor John Duran will be in attendance along with Councilmember John Heilman. (Former council members Abbe Land and Jeff Prang – now the L.A County assessor — will be there too.) D’Amico and Meister aren’t listed on that invite.

Coincidentally, Duke Mason, not a fan of D’Amico, already had scheduled a fundraiser for Tuesday evening at 6 p.m. at Tortilla Republic, just down the block on Robertson Boulevard from PUMP.

What D’Amico and Meister have in common is that they both have campaigned in the past by challenging the status quo, with D’Amico particularly focusing on Heilman, the longest-serving council member. Both also are Westside homeowners rather than renters and have tended to side with other WeHo homeowners who protest building new multi-unit housing.

Horvath, appointed to the City Council in 2009 to fill a seat left open by the death of Sal Guarriello, was viewed then by some as a puppet of Heilman and Abbe Land, who since has stepped off the council. Horvath actually ran for office in 2015, and won. She, like Duran, is a renter and tends to side on housing issues with Duran and Heilman, a condo-owner who is one of the city’s original founders and long has been an advocate for renters and affordable housing. She also has had a fraught relationship with Meister, with most of their conflict behind the scenes (such as Meister’s outrage that Horvath allowed herself to be identified as the city’s mayor on a national news broadcast at a time when Meister actually held that title).

What makes the campaign fundraising split especially interesting is the fact that D’Amico in January 2017 endorsed both Heilman and Duran for the March 2017 election. His endorsement of Heilman upset some of his supporters, particularly those on the city’s Eastside who had fought Heilman over the proposed renovation of Plummer Park. It also surprised them given D’Amico’s animosity toward Heilman when he was first elected, which included refusing to shake his hand. D’Amico also had a blowup with Duran when he called him out on the council dais for cruising on Grindr, the gay mobile sex app, while at council meetings. Despite all that, D’Amico endorsed the incumbents, saying he saw a need for stability in a time of political conflict across the nation.

There may be more challengers too, given that the final date for prospective candidates to complete the necessary paperwork to enter the race is Dec. 7 — 11 days away. Stay tuned as WEHOville chronicles them from time to time in Election 2019.

Of course it’d be great to have some new (qualified) candidates, but, with the possible exception of Mason, the potential slate of non incumbent candidates are less that stellar, to put it mildly, & it’s almost 100% guaranteed that these 3 incumbents will be reelected & that is probably a good thing, so much so that it makes me have 2nd thoughts about term limits, since there are no new, credible & qualified candidates on the horizon to take their place, which is what it takes to make term limits safer & more effective. It amazes me that there aren’t… Read more »

Must be election time, Woody’s back!…..making some good observations and for some reason not objecting to an incumbent changing his mind about running.

First and foremost, West Hollywood could absolutely use more diverse voices in our community leadership. That’s always a good thing.

However, the article states: “And for the first time in West Hollywood’s 34-year history the ballot won’t be entirely white.” Mayor Duran is Latino, wouldn’t his presence on the ballot over the last 18 years make this statement incorrect?

This is Jack Cline RN, NP. Yes it’s True I am a Drag Queen who helps promote Community Events. I am proud of who I am, especially in this “Creative” City. However, I am a Registered Nurse and Nurse Practitioner with 30 years of Experience. I am also a Contract Negotiater for California Nurses Association and Represent more than 500 Nurses at Saint Johns Hospital. I am not offended by being called Ecentric, but I would appreciate it if you would also mention my Profession. In addition I would also state that I am not having Fund Raisers or accepting… Read more »

Way to stir the pot!

Is anything said untrue?