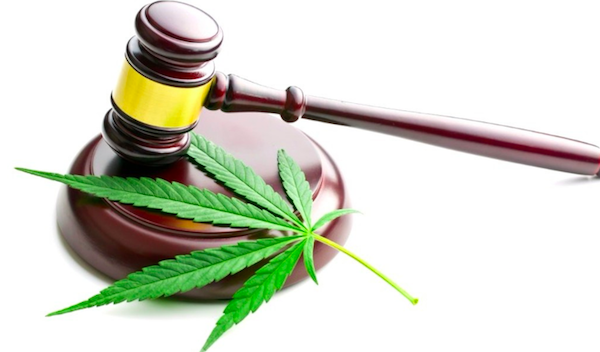 So the City Council will be asked on Monday to increase the number of recreational cannabis licenses to 10 so that two of the existing dispensaries will be able to qualify.

As was expected, each of the medical dispensaries applied for a permanent recreational sales license. Recreational cannabis generate more revenue because they don’t require a doctor’s prescription, as do medical cannabis purchases. Such prescriptions have always been easy to acquire, no matter what one’s actual medical status, but the firms that supply them with a purported doctor’s endorsement charge as much as $100.

In November 2017, the City Council passed an ordinance that granted eight licenses in each of five categories: adult-use (recreational) cannabis retail; medical cannabis retail, consumption lounges for smoking, vaping and edible cannabis materials; consumption lounges for edible material only, and West Hollywood-based cannabis delivery services. The Council also stipulated a merit-based approach to decide who would get a license. Five people with experience in local government or the cannabis business were chosen to evaluate what turned out to be 313 applications from 122 different applicants. The applicants were screened based on a number of criteria including the quality of their business plans, the proposed design of their business and their experience in the business.

The city barred the five judges from communicating with City Council members about the applications to ensure that they would be evaluated on their merits only with no political influence. However, a number of cannabis companies did begin contributing to the Gay Men’s Chorus of Los Angeles, a non-profit organization whose chair is Mayor John Duran and which receives substantial donations from other organizations and businesses seeking to do business with the city or get City Council approval of their projects. Those GMCLA sponsors include MedMen and Alternative Herbal Health Services, medical dispensaries that currently have temporary recreational cannabis licenses. (Jason Beck, AHHS’s owner, has been a regular donor to GMCLA and other LGBT organizations for years). It is unclear whether MedMen and AHHS are those ranked No. 9 and 10 on the application list and would benefit from increasing the number of licenses granted.

The licensing application report notes that some applicants have qualified for licenses in different categories. “Based on the scoring results, there will likely be 16 new cannabis business locations, for a total of 20 locations (if the four existing locations are included),” the report says.

An option the report asks the City Council to consider is increasing the number of licenses from eight to 10 in each of the categories.

There are enough places to get weed. Weho has 1 CVS, 2 McDonalds, 4 super markets and now 40 new pot licenses. Enough is enough! We don’t need another two additional pot dispensaries.

very interesting issue if the city will play by their own rules.

I hope they all fail. I hate the idea that this is anything less than companies selling drugs for people to get high.

I’m sure you enjoy a cocktail so don’t judge.

You can drink to just have a drink and not intend to get buzzed or drunk (wine with meal, etc.). The intent is different with pot and this is where I take issue. Once this line is crossed it’s not for me to say what drugs are recreational and what drugs aren’t. I draw the line at the intent to get high….

money talks you will see!

The process always left open the possibility that none of the current medical dispensaries would be approved for recreational sales. Council members and staff should have considered this possibility when the process began. There is nothing transparent about donations to city council members to effect their votes and propping up insiders who did not win fair and square. Follow the money.

It would seem to me that something is immensely wrong.

The Gay Men’s Chorus as a recreational pot shop??

Is this an attempt to shut down recreational pot in WeHo???

Something is NOT right here.

Wow west Hollywood application was the most corrupt system yet!! Only rich conservative males applied. Right wing donors also. Integral was one of them. All public records btw which unfortunately doesn’t matter because nothing can be done anyways. A city that prides itself on liberal ideas end up being just as corrupt. Sad!!

You are about to watch money and corruption overtake this ‘fair’ process.

WOW! New applicants with best of breed new ideas and approaches to retail cannabis. How exciting! Despite the advantages of ‘incumbancy’ none of the existing medical dispensaries made the top selection process for retail. During the process these dispensaries made millions of dollars. Yet their applications did not invest or conceive the best business plan, or how to share in social equity, or whatever it is that allowed new applicants to obtain superior scores. Let the old dispensaries do what they do best, medical sales.. let the new concepts have an opportunity to get some market share. I fully respect… Read more »

I don’t want a “concept” dispensary, I want a dispensary that is clean, open, and makes purchasing the product easy. Many of us also have long-term relationships with the dispensaries we’ve been using for years.

While we’ll have to wait for the 18th to find out more about this situation, I have to say it sounds like the city has really shafted the residents here.

FYI MedMen was voted the Best of WeHo 2018 Best Cannabis Dispensary by the readers of this publication and West Hollywood Magazine. There is even a certificate signed by the entire city council dated Nov. 7, 2018. This defies logic.

The article doesn’t give any information about the actual companies affected, the definition of “why or how” the dispensaries did not rank high enough was not given or spelled out. Poor journalism to say the least.

Read the article again and see if it answers these 5 questions:
– who
– what
– when
– where
– why

The information you mention has not been released by City Hall. The list of successful applicants will be released on Dec. 18. The ranking of each applicant may be available then but that is not yet clear. That information currently is private.

A real journalist doesn’t wait for the information to be released, they get out there and dig it up themselves. Phil N.’s comments are correct…