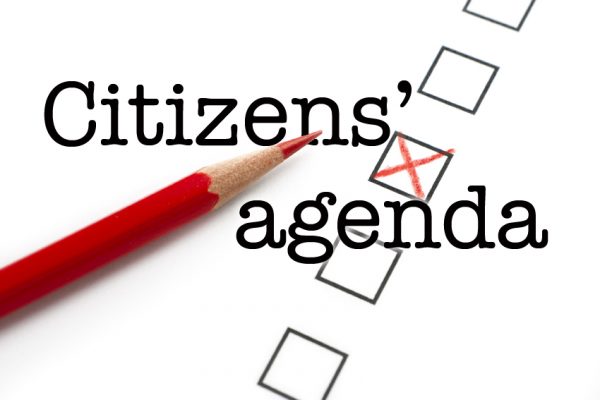 WEHOville asked. And you, the residents of West Hollywood, answered.

Hundreds of West Hollywood residents have responded to a request from WEHOville for questions they want to see addressed by candidates in the March 5 election for three seats on the City Council. Their responses are the public’s agenda in this campaign, rather than one put together by campaign consultants. Below are those questions raised most often or involving issues in the news of late, some of which are identical to issues raised in the 2017 election.

We will reach out to each of the 11 candidates in the March election and ask them to respond to the questions you have raised. We will post the responses on WEHOville each week. Now, the questions:

1) If you haven’t participated in civic life or taken public positions on major city issues in the last few years, why should we believe you’re willing to devote the time required to adequately represent us on the City Council? And why should we believe you have the background and knowledge of local issues necessary to make important city decisions?

2) A major issue in West Hollywood is development, with some residents arguing that the city is too densely populated and shouldn’t allow construction of housing for additional residents. Others argue that growth is inevitable but must be carefully managed, and that the addition of more housing is the only way to slow the dramatic increase in local housing costs. What is your stand on this issue?

4) Increasingly, new developments are condominium projects rather than apartment buildings. That means the housing being built is much more expensive. What can the City of West Hollywood do to incentive developers to build apartment buildings, rather than condos, particularly inside our neighborhoods, and not just on the main thoroughfares?

5) The vast majority of the money that funds City Council campaigns traditionally comes from out-of-town developers, billboard companies and city vendors. As a candidate, and later as a council member, will you:

a) Publicly set a limit on the amount of money you will take from any specific developer or billboard company, including in that limit money from members of that donor’s immediate family, co-workers, lawyers and lobbyists?

b) Recuse yourself, if elected, from debating or voting on issues before the council involving city vendors who have donated to your election campaign or to charitable organizations and institutions where you work or on whose board of directors you sit ?

6) Some residents, and Unite Here Local 11, the hotel and restaurant workers union, have called for a moratorium on the construction of new hotels in West Hollywood? Would you support such a moratorium or not, and what would be its benefits or its problems for West Hollywood?

8) Traffic congestion is a major issue in Los Angeles, and especially in West Hollywood. Some argue that traffic congestion in WeHo is worsened by the construction of new housing here. Others say that the major reason for heavy traffic is that our major east/west arteries are used by commuters passing to and from other areas. And then there are those who note that the fact that most who work in West Hollywood live elsewhere, and those who live in West Hollywood work elsewhere, is a cause of rush hour congestion. Are any or all of these arguments valid? And what, if anything, can the city do to address them?

Can we get Council candidates to sign in here, to indicate that they are aware of at least some of the residents’ concerns??

Yes, and where are these 100’s of responses from residents? Did they mysteriously contact Wehoville and not post any remarks in the article that requested them?

Readers of WEHOville, as the initial story noted, were asked to send their questions directly to Henry@WEHO ville.com rather than post them as comments. Most readers (at least those who actually read the story) did so. However we also took into consideration comments posted by readers who apparently didn’t read or understand the request to email their questions.

#5 is a loaded/one-sided question that clearly seeks a specific answer – an answer that will likely provide little insight into our learning about the candidate. I’m sorry, but not all of us believe that a $250 campaign contribution buys a councilmember’s vote, nor do I believe that receiving campaign contributions from family members somehow makes someone less of a candidate – hell, if they can’t convince their own family members who have known them all of their lives to support their candidacy, it’s not likely I will be supporting them either. Other than my issues with #5, these are… Read more »