My gay friends are always talking about celebrities that they say are gay or lesbian and “in the closet.” Does anyone really need to lie about sexual orientation these days? Elton John certainly hasn’t suffered from being publicly gay. There’s the country singer, Chely Wright, who’s a lesbian. Ellen DeGeneres has a top-rated show. And I’m betting Neil Patrick Harris is doing okay with his career. Why would a gay or lesbian actor or singer go to all the trouble to hide who they are sexually? Can’t celebrities just use the closet for hanging clothes? 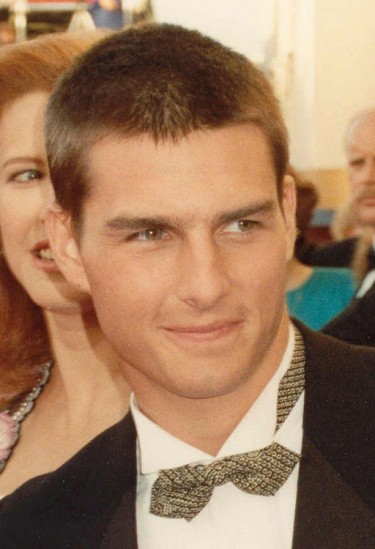 So you’re asking me if Tom Cruise is gay? Don’t know. Haven’t slept with him. And seriously, he’s so not my type (I like ’em edgy and have a thing for shaved heads).

I won’t discuss here the personal issues that gay and lesbian people grapple with as they come to terms with their sexual identity. (Although I welcome questions on the subject). When and how to tell Mom and Dad, and Gramps and Grandma, is a whole other story.

Thankfully, in the past few decades we’ve reached a point where coming out as a gay or lesbian performer has fewer consequences. (By the way, I wouldn’t use Elton John as an example. There’s no closet big enough to hide his queer vibe.) But that doesn’t mean there are no consequences. Chely Wright, in an interview a few years ago with Gayle King, acknowledged that coming out had some negative impact on her singing career. A video of the interview, which includes a clip of a documentary that Wright produced about her coming out process, is online. (Warning: Have a box of tissues handy).

And if you take a look at a list of out actors put together by IMDb, the online movie database, you’ll note that few of the more than 300 on there are commanding the $20 million or so that Brad Pitt, Leonardo DiCaprio and Johnny Depp are said to get for major films.

So what’s the risk in coming out for a Tom Cruise or a John Travolta, if either is actually gay? I’d argue that, in a world where “celebrity” trumps talent, the risk for an actor is disappointing fans engaged more by their fantasies about him or her than by his or her acting skill. How many barely post-puberty girls would go ga ga for Justin Bieber if he said the Selena Gomez fling was all a ruse, and he really has the hots for Zac Efron or Taylor Lautner? How many guys would shell out $14 for a seat at the Arclight to watch Jennifer Aniston if she said her real heart throb was Rosie O’Donnell?

That’s not an issue for Ian McKellen or Harvey Fierstein, whose looks clearly aren’t why producers hire them. We’ll see going forward whether sexual orientation is a career issue for Luke Macfarlane or David Burtka.

The risks are less obvious for Broadway performers (note on the IMDb list that a significant number of the out male performers are on Broadway). Being gay poses little risk to a Broadway career because the audiences generally consist of gay men and Midwestern tourists visiting New York City for the first time who’ve never heard of Neil Patrick Harris and still think Anderson Cooper is straight.

A good sign that coming out is less and less likely to be front page tabloid fodder is the fact that more and more celebrities reveal their sexual orientation casually (probably with coaching from pr whiz Howard Bragman, who artfully coached Chely Wright). My buddy Michelangelo Signorile, in a blog for Huffington Post, described the new celebrity coming out as a passing revelation by an actor that he or she has never been in the closet.

Perhaps the best thing that straight celebrities could do to make it easier for gay celebrities to come out of the closet would be to test my theory that same-sex attraction still can hurt a career. If next year on National Coming Out Day, Justin Bieber would let himself be spotted in West Hollywood hanging at Chateau Marmont or Bootsy Bellows or Cecconi’s giving some tongue to the undeniably gay Lance Bass, we’d see how far we’ve come in accepting gay and lesbian actors and actresses for who they are.

Questions you can’t bring yourself to ask your gay friends and neighbors? Send them toHenry@WEHOville.com. (And we love questions from LGBTQAI, etc., folks too).