The future is here! Robotic deliveries have arrived in West Hollywood as of Thursday.

People ordering from Pink Dot through the Postmates app now have the option of having an “autonomous delivery device” bring the food to their homes. The robots started making deliveries Thursday at 1 p.m.

“We’re so excited! Imagine having this robot making deliveries to your door,” said Sol Yamini, owner of the Pink Dot store on Sunset Boulevard at La Cienega. “I’ve been in the delivery business for over 20 years and this is the most revolutionary thing yet. This is the future.”

Pink Dot is the only store using the robots for deliveries. It’s part of an initial three-month trial run. If all goes well, the robots will be a permanent part of Pink Dot.

When people order their food through Pink Dot, they are given the option of having a human or a robot deliver it. The robot is on wheels and stands about three feet tall and two feet wide.

The delivery robots will not come into apartment buildings or homes. People ordering deliveries will have to come to the sidewalk to get their food. When the robot is at the apartment building or house, it will send a text message to the person’s phone to come get the food, along with an electronic code for unlocking the robot’s storage container. Once the code is punched in, the container will open and the person can take out the food.

During this trial run, the robots are being escorted by a human to see what problems it may encounter. The human escort has a handheld control panel to use if necessary. However, the human escort isn’t walking beside the robot, but rather some distance behind it while always keeping the robot within view.

“They don’t want to be too close to it because they want to see the human interaction, see how people react when they encounter it on the sidewalk. That’s all part of the pilot program to see how people respond it,” Sol Yamini told WEHOville. “So far, people are stopping it on the sidewalk, taking pictures with it. They want to touch it. Some people try to tip it over or block it’s way.”

The robots have sensors and will move around objects blocking their way. Top speed is about five miles per hour.

Pink Dot has three of the robots in service, appropriately named Pinky, Dotty and Solly.

Each robot will only make one delivery at a time, then return to the Pink Dot store to pick up the next delivery. Even if there are two different orders going to the same apartment building, two robots will deliver it.

The robots can deliver up to two miles from the Pink Dot location. Yamini reports the robots have no problem getting up and down the steep La Cienega hill.

For now, the robots only operate during daylight hours, per the restrictions the City Council put on the robots when they approved the pilot program back in March.

The three-month pilot was supposed to launch much sooner than this, but the COVID-19 pandemic delayed the start. However, Yamini thinks it’s the perfect time to get this underway.

Even better, there’s no charge for having the robot deliver it, whereas you pay $5 to $10 for human delivery.

Yamini is thrilled that West Hollywood is the site of the robots’ launch.

“West Hollywood has always been cutting edge,” he said. “What better place to launch robot deliveries!”

have a feeling many won’t make to their destination.

Time to pull out the popcorn and watch the comments from the technophobic NIMBYs filter in.

My only issue is how to make sure seniors and the disabled, who cannot meet the robots on the sidewalk will be able to access this service and making sure we are not charged extra because we still REQUIRE human delivery. I’m sure this will eventually be worked out provided we hold the developers and those who use this platform to account.

What Jackass millennial thought this one up?

Probably one who is responding to the inescapable problem of diminishing profit that any capitalist enterprise faces, and is seeking to reduce labor costs in order to maintain a particular margin

Kind of like the “Jackass” baby boomers that thought up the idea of personal computers while working out of their garage. 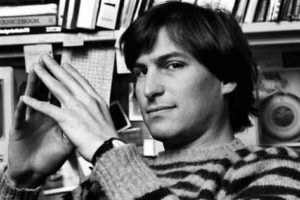 Bad idea. These robots have a place, in a factory or warehouse, not the over crowded streets of West Hollywood. These are nothing more than rolling billboards, advertising for Pink Dot, Postmates or anyone else who wants to put a sticker on its side.

When they had the 90 day trial period for these almost useless devices, I saw a postmate variety jump a curb and almost get him by a car. Then on La Brea I saw two guys walking on the sidewalk and they had to jump up against the fence because it didn’t slow down or stop for them. The company who makes them “test drove them” at a senior living community in a podunk town in Northern California. WTH? Add these to the scooters, skateboards and bicycles on the sidewalks already and the “Walkable-City” becomes a hazard for pedestrians especially… Read more »

Congratulations to Pink Dot on the free advertising!

This robot delivery scheme is clever,but will run into several problems.One is the obvious take as how a robot is to deliver to an apartment building where doors are closed and locked.Another is the problem of broken sidewalks where a human person can hardly walk safely. Two other problems I can think of is a car or homeless tent blocking the way on a sidewalk.Another is how the robot is expected to negotiate the way around a construction site.I wouldn’t be surprised if the robot tried to deliver to a fire hydrant. I think a walking robot with legs would… Read more »

A “robot with legs”? How about a human? There’s plenty of those already made.

Problem is you have to pay those folks

Another useless contraption that we never thought we’d need. Brought to you by the Pink Dot guy, who in March said he’d rather have robots than humans, the Chamber of Commerce who said humans are more of the problem, and Lindsey Horvath who thinks it’s a good idea to emulate the Melrose and Fairfax district…..one of the worst and most pedestrian unfriendly places in the County. We shouldn’t be forced to adapt to unnecessary things, we shouldn’t put robots over humans and we didn’t need to implement a three month trial to know that these robots in an urban environment… Read more »

By choice, I do not have a cell phone.

This is a disaster waiting to happen.