Have a letter for City Council or City Hall you want us to publish? E-mail it to dearweho@wehoville.com.

I’m writing about 5.E. As a security and intelligence professional, and a combat veteran, I am well-versed in the use of firearms, to include escalation/use of force. Requiring law-abiding gun owners to get liability insurance is like forcing men to get gender insurance because #YesAllMen. It’s an unconstitutional and capricious measure. It shows nothing but contempt for your fellow citizens. Now to the meat of the matter:

In California, we have the most restrictive gun control — there is nothing safety-oriented about our laws — in the country. Per the FBI, in 2021, we had the most active shooter incidents in the country: 6

An active shooter or mass shooting as defined by the Feds is a person attempting to kill people in a group setting, and the latter becoming an official mass shooting in the event four people are killed. Furthermore, they cannot be gang-related incidents.

We have increasingly rising crime, of all kinds. Am I to pay for the medical bills or funeral expenses of a man who assaults me or worse, my family? That’s unconscionable. This runs contrary to California’s (seemingly) surprisingly strong castle doctrine and stand your ground laws. I say seemingly because these laws are meant to protect some of the wealthiest people in the state, who also have an incredibly high risk.

If you want positive impacts on crime, use our lobbyist to get Sacramento to repeal AB109, let’s all repeal Prop 47 and 57, and recall George Gascon. With extreme prejudice.

Get rid of gun free zones around our most vulnerable.

Is your intent to price out lawful firearms owners who are not in the 1% of their natural rights, more than we’ve already been restricted? Are you going to pay me fair market value for my firearms.

Per the CDC’s own study, as well as other studies, lawful gun owners will, in a given year, use their firearms to deter, defeat, or prevent crime anywhere between 500,000 and 3,000,000 times.

In Chicago, something like 97% of all crimes involving a firearm involve stolen or black market or straw purchase firearms. Not a single measure proposed would prevent these crimes.

The only measure proposed that could have at most a 0.1% impact on preventing “gun violence” is a waiting period. It could have delayed or prevented the incident in Tulsa most recently, but there’s no saying the assailant wouldn’t have gotten a firearm some other way, or just used bladed weapons.

You’re also about 3-5 times more likely to be killed with a knife than any long gun (all shotguns, bolt action rifles, semiautomatic rifles, and lever action rifles)

Waiting periods are both unconstitutional and incredibly dangerous. For every crime prevented, there are dozens of victims created. Women and LGBTQ+ members are especially vulnerable to abusive persons/estranged partners during these periods.

Lawful gun owners, particularly concealed carry citizens, have a lower crime rate than peace officers, across the board.

I could continue on bullet points that most council members will dutifully ignore, for the cause. Instead, I will just tell you that during COVID and the riots of 2020, Californians saw the fragility of our society, and the abdication of law and order by progressive District Attorneys, city councils, county boards of supervisors, and our Attorneys General, now-Sen. Xavier Becerra and the Honorable Rob Bonta. This is nothing but an assault on our rights.

I can’t possibly imagine an actual criminal getting this insurance. “Oh, sorry I killed your partner. Let me call State Farm and get this all sorted.” Not a single gun control law seems to have been written by a functioning adult, and this is no different. If you’re going to go through with asinine legislation about firearms, at least learn to understand those of us who are defending all of our rights and read the research provided by groups and researchers like the Firearms Policy Coalition (www.firearmspolicy.org) and John Lott.

And lastly, you don’t have the right to pass this. Who the hell are you to tell me how I can and can’t defend my family?

As a major patriotic gesture, US owners of military grade guns should voluntarily give them to the US to be shipped to Ukraine for their efforts. It would make them feel productive, the BRA should endorse this and plan a new trajectory supporting the removal of anger and fear from our culture. That sounds like a huge ask but ostensibly, the right thing to do.

GUNS SHOULD BE BANNED , THERE IS NO GUN VIOLENCE IN COUNTRIES LIKE UK THAT OUTLAW GUNS< I DO NOT UNDERSTAND AMERICA”S OBSSESSION WITH GUN OWNERSHIP>

Sure. There’s *less* gun crime. But not zero. So I have a question for you, how are your knife fighting skills? You a good Brazilian jujitsu fighter? If you can’t take on multiple assailants, how’s your parkour game? Or when someone comes at you with a sword, what’re the gunless bobbies going to do? Stick around and wait for the dudes with guns to drop him like a sack of potatoes.

In the beginning, God made man. It was Sam Colt who made them equal.

In other words, hie thee to a nunnery.

Yeah maybe there’s hope for this godforsaken city after all!

This is brilliant writing. Sounds like an actual expert versus the typical partisan normie. Sadly West Hollywood is fully of pinko commie neo Marist drag queen homos who find pride in whose genitals they like to manually handle. As far as guns, the concept of added policy insurance does nothing to eliminate crime, reduce gun violence, or encourage safety standards. Not to mention this law is entirely unenforceable. West Hollywood does not have data to know which residents have weapons and those that do not. The last thing legal gun owners need is hassles regarding mandatory insurance. Many gun owners… Read more »

Go way way back to the 90ssssss

23 days late and seemingly after the fact. In reality, in 23 days Weho has immeasurably changed. Now we actually have the LBTQ Mafia in charge. Will she now pick up another side line hawking phallic shaped weapons on IG while her matey joins her in Social Justice with Battle Hymns and marches looking for more victims. If this sounds like sexist science fiction it has become a reality. They might also profit by introducing a game and affiliated cartoons. Next?

That West Hollywood requires gun owners to have liability insurance is fantastic. That was here is responsibility and financial obligation to owning a gun is an added step that helps separate those with proper gun use and responsibility and care from those idiots that shouldn’t have a gun. If the person who wrote this letter doesn’t like it. MOVE.

There already is a financial cost to owning a gun, or several. Have you seen the price of ammo? Or are you just a know-nothing dunce with a…yeah. You are. 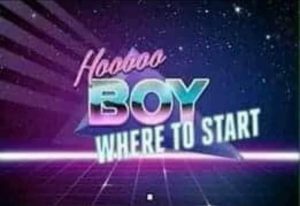 Thank you Charlie! Criminals don’t buy guns legally! Why can’t people understand that you can create all the gun laws you want….criminals do not obey laws. Be tough on the criminals not law abiding people. No politician talks about cracking down on the criminals to reduce gun violence.

I mean, why have any laws then? “I saw a criminal drive without insurance and an expired license, so why should I have to pay insurance and sit at the DMV?” (Your logic)

Excellent question! Have you been to a DMV? I, too, would like to abolish them.

Common sense was outlawed in 2021.

“Is your intent to price out lawful firearms owners who are not in the 1% of their natural rights, more than we’ve already been restricted?” > Starting in August, gun owners in San Jose must have a homeowners, renters, or firearms liability insurance policy that covers property damage, bodily injury, and other losses resulting from the accidental use of a firearm.  Property and liability coverage for gun accidents is already included in most standard homeowners policies, usually at no additional cost, said Janet Ruiz, a spokesperson for the Insurance Information Institute, an industry trade group. My HO-6 policy is about… Read more »

So if it’s included, why pass a law for extra? And do you want to know how many people die from firearms accidents every year? 500. 500 Darwin awardees. That includes a fair number of “highly trained” military personnel and law enforcement officers.

They do have a right to pass this. And they should.

They have the right to force a select group of people to buy something? That’s tyrannical, pal.

I guess you haven’t heard of car insurance before.

I have. Guess you haven’t heard that people lie or have fake cards, or just bolt after swiping someone, either.

Kinda like how gang members use their girlfriends without criminal records to make what’s called a straw purchase.

Okay what is your point? Because there will always be people out there that break laws. The overwhelming majority of society follows laws though. You’re never going to get whatever libertarian pipe dream you imagined in your head.

That you disagree with it is proof you shouldn’t be anywhere near a firearm. It’s the idiots that fight responsibility that are the ones that make firearms dangerous. If the cost of insurance is so great you shouldn’t own a gun.

I hate guns. End of discussion about my hatred of guns. However, this measure does nothing but perform. It is a waste of municipal time and effort and is designed to burnish one person’s credentials with selective audiences. It is also highly likely to be unconstitutional. I want to remind the performative woke crowd that the Constitution of the United States of America is still the supreme law of the land. Lest anyone accuse me of being a Second Amendment fanatic–wrong, wrong, wrong. I am the first person screaming from the bell towers that the Second Amendment is the most… Read more »

Yeah, it’s misinterpreted by lefties. You really want the state to have a consolidation of power, given that it has a monopoly on violence? One more question…

Did you ever compare Trump to a fascist?

Yeah let’s have some half-baked alterkacher who thinks that the constitution is terrible except for the parts he likes in our government.

Be careful. Alan DOES NOT like being called a boomer lol.

This city council is truly out of control.

What can I say…