The Los Angeles County Sheriff’s Department responded to a call Wednesday night regarding a man who broke into a property on the 600 block of Westbourne Drive in West Hollywood. The department said the suspect fled the house and ran toward Huntley Drive. A SWAT team searched the area of Huntley and Sherwood, preventing drivers from leaving the areas and looking for access to the greenway between residences and the Pacific Design Center. The suspect was eventually detained.

I wish there was a SWAT team to get rid of the helicopter.

It’s good to see the LASD SWAT team win against a low level threat for once but, if they were up against anything more formidable it might NOT have turned out so well. 😱 The WINNERS of the 2022 International UAE SWAT Challenge were the Chechens, with 2nd place not even close❗ Many in Law Enforcement (especially LASD & LAPD SWAT) could learn a great deal from Chechens given that LASD & LAPD routinely lose to neonazi punks like the proud boys. The Chechens DEFEATED the neonazi Azov Battalion in Ukraine that eurotrash or american law enforcement fear to challenge. 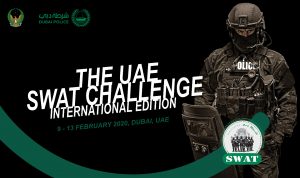 We don’t care if they brought in a swat team – we don’t care if they called in the National Guard, they were able to capture a street thug like the many who make our city unsafe. No suspects or law officers were shot & killed. I congratulate & thank the law enforcement heroes who did a great job & to whom we owe a debt of gratitude. This occurred within only blocks of my own home. I hope it will be a warning to other criminals stalking our neighborhoods, looking to attack people in their homes and on our… Read more »

agreed. defund the police is the political sound byte de jour. im totally into having the sheriffs retrained and sent to sensitivity classes. defund as in eliminate? no.

Hey, Horvath, even though you are no longer a member of the West Hollywood community or former Mayor, but in a state of denial that fits your personality. Please, please keep advocating defunding the police! That will be great to be sure your political career is history in California. Then, you can return to East Cleveland and take Erickson with her.

JF1
Reply to  Michael on Havenhurst

Was wondering what all the helicopters were about. So glad that the city council left a few sheriffs active and in the budget and there were a few available to handle this. Surprised that candidate Horvath was not there in her camo directing the public safety response, being the Law and Order candidate that she is.

👍 spot on. Almost becoming a nightly thing.. helicopters hovering for hours in and around our neighborhood looking for criminals.

A SWAT team for a home robbery? Is this a brilliant idea from the Israeli military?
Perhaps we should look into advice from Switzerland.

PS : Many US Police Departments have been receiving training from the Israeli Military at home and in Israel for appreciably the last 15 years.

Davedi
Reply to  Training for Police

Training from the best. Oh my! What a problem.

JF1
Reply to  Training for Police

Whatever gets the job done.

WOW! I wondered what was going on there last night. I was home with the cops out front and helicopter flying around for hours.

Maybe he wasn’t here to enjoy our painted sidewalks and parades.

The rainbow crosswalks are in the street, not on the sidewalk. Just in case you can’t tell the difference. You’re a source of never-ending crankery.