Oliver, a Public Safety Commissioner, bested all other declared candidates by a wide margin. Donors included West Hollywood City Councilmembers Lindsey Horvath and John Erickson as well as Horvath appointee and City Lobbyist Esteban Montemayor, and a number of donations from Horvath and Erickson appointee’s. Latham & Watkins, attorneys who represent many of the city’s largest developers, were also solidly behind Oliver in his first race for West Hollywood City Council. There were 35 individual donations from West Hollywood residents.

John Heilman finished second, having raised $73, 380. Heilman’s list of donors included Horvath and former Councilmember Abbe Land, as well as residents Sam Borelli, Michael Dolan, and others. Also on Heilman’s list were donations from real estate interests which include the Mani Bros among others. There were 35 individual donations from West Hollywood residents.

Chelsea Byers was just behind Meister, with $33,935. Byers’ list included Erickson, Horvath, Land, her husband Marvin Gantman, Montemayor, Horvath’s direct appointee to the Planning Commission Stacey Jones, Jonathan Wilson, a member of the Social Justice Task Force, Patrick Blood, a member of the Disability Advisory Board, and Austin Cyr, Horvath’s former campaign manager who lives with Byers. There were a total of eight donations from West Hollywood residents to Byers, all listed above.

Zekiah Wright also was close behind with $31,574. Wright’s donors included four of five City Councilmembers including Sepi Shyne, John D’Amico, Horvath and Erickson. Also on Wright’s list was Daniel Hertzberg, the son of State Senator Bob Hertzberg, who is running for Los Angeles County Supervisor against Horvath. Also on Wright’s list were many of Shyne’s commissioners or former appointees Alana Roshay and Katrina Vinston and others. There were approximately 27 West Hollywood residents to date.

Marquita Thomas showed $21, 864 for the period. Included on Marquita’s list was a donation from Horvath and a similar donation from Richard Ayoub, President of Project Angel Food. Thomas had eight West Hollywood residents on her donor list in this period.

Jordan Cockeram reported $4,260 for the period. There we no donations from any West Hollywood residents.

Former Councilmembers John Duran and Steve Martin declared late and showed no reporting for the period.

In addition, Bennett Savage, a newly declared candidate showed no reporting for the period.

So many of you are so outspoken about how much you love or hate these people. Why don’t you become the change you would like to see and run for the office yourself? I have been a resident if weho for 30 years and continue to say some day I will actually run for one of the seats. The unprecedented crime and the lack Of concern from this current Is administration is shameful. The bike patrol and blue shirts are no match for the armed robberies and murders that are happening in our streets. We should have funded the sheriff’s… Read more »

Fundraising should be limited to $25k. The more oversized postcards and other ‘paper wasting’ adverts I get, the less likely I will vote for that person. Sometimes 2-5 pieces of mail a day, often from one person. Just outrageous. #SaveRainforest quit wasting so much paper. It is no different than wasting water! Both cause #GlobalWarming! DUH! 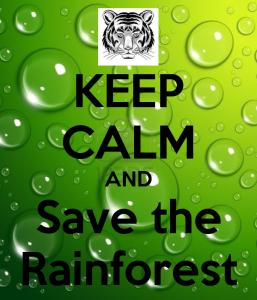 So I know I won’t be voting for Robert Oliver or Hellman based on their backing from developers and Horvath. If Duran is running, he will DEFINITELY not be getting my vote. Lauren Meister is my only confirmed vote right now based on the work she has done on the council and my personal interactions with her.

When John Heilman was Mayor or in any official City role, WeHo was a utopia! I never appreciated that enough until it all went to crap. He should be made Mayor again no matter what. It’s the one save that can bring the City back its magic. If not, we’ll have to put up with tripping over homeless people on Santa Monica and sidestepping drug needles and human poop on the sidewalks forever.

From what I can tell, Byers is even more progressive/leftist than Shyne. I would avoid voting for her unless you want more of the same antics we are seeing now.

It would be interesting to know exactly what beneficial civic endeavors both John Heilman and John Duran have accomplished in their time away from City Council.

I would vote for Heilman again, but he is tainted by his association with Erickson and Horvath. I denounce their brand of holier-than-thou politics–mixed with deplorable ethics–and disagree with them on most issues.

Mayor Meister has continued to not take special interest money.
And apparently many residents appreciate her council work and positions.

Meister is the only serious person. The rest are just a bunch of silly people.

Thank you for this- it certainly tells us who not to vote for..

Other than anyone tied to Horvath and Shyne is a NO WAY vote.
What do these other candidates stand for?