Ultimately, it is the voters who are losing the most today. We will never solve our greatest challenges that lie ahead when there is no trust or belief in the ethics and morality of our Sheriff’s department and its top official. #TeamLindsey pic.twitter.com/1jcmzekSjm

Lindsey Horvath took to social media late Monday to attack Sheriff Alex Villanueva and his department for raiding the offices of her ally and friend County Supervisor Sheila Kuehl as part of a felony bribery investigation.

She dismisses the allegations as political retaliation and accuses Villanueva of having no trust or belief in ethics.

“The unprecedented move this morning at 7:00AM by the Los Angeles County Sheriff’s Department to execute a search warrant at Supervisor Sheila Kuehl’s home is deeply disturbing. Given the Sheriff’s politically motivated tactics and rhetoric over the last few years towards local officials and leaders, it is hard to take this situation with the seriousness that it deserves. I have a deep fear that locally we are seeing exactly what we saw nationally under the Trump Administration: politically motivated actions and attacks towards critics and dissenters of the Sheriff.

Here is what we do know: Supervisor Kuehl has called on Sheriff Villanueva to resign and is supporting a ballot initiative to allow the Board of Supervisors to remove the Sheriff with a supermajority vote. After these actions and others to hold him accountable, the Sheriff intensified his behavior towards Supervisor Kuehl and others who called for the same.

While investigations deserve to go through non-political processes to find the facts, Villanueva’s actions today have put yet another dark cloud over his department, and this very action calls into question the integrity and morality of the entire department under Sheriff Villanueva’ s leadership.

Ultimately, it is the voters who are losing the most today. We will never solve our greatest challenges that lie ahead if there is no trust or belief in the ethics and morality of our Sheriff’s department and its top official.”

Many of the replies on her posts questioned her logic.

Jennifer Oliver O’Connell@asthegirlturns
“So, instead of condemning @SheilaKuehl for being a morally bereft corruptocrat, she is trying to say @LACoSheriff is unethical and corrupt? Yeah, the voters are losing, @LindseyPHorvath, because they are stuck with voting for you, Kuehl 2.0, or the equally spineless Hertzberg.”

Thurston Howell 3rd@Mrhowell3rd
“Replying to @LindseyPHorvathThe problem isn’t the sheriff. The problem is corrupt people who get into local politics and go on a power trip. Use their position to line their pockets by abusing the citizens. Sheila Kuehl used her office to act like a mob boss, reap what she sowed.”

@lindseyphorvath “Given the absolutely abhorrent condition of the city and the historical and current corruption that is rampant within LA’s political factions, if the warrant was valid, approved by a member of State Judiciary, then it should be carried out. Not sure why you felt the need to make a statement on this occurrence. “ 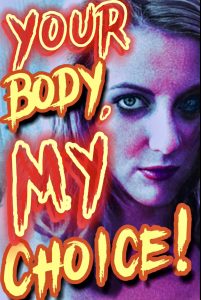 The “Picture of Dorian” Horvath.

What I want to know is: was she or was she NOT at V Wine Bar on the night in question. Why isn’t anyone talking about this!!

Because the reports are part of an active criminal investigation and the LASD can’t release them.

The only dark cloud is hanging over you… you thirsty extremist politician! Not a surprise that this hypocrite is your mentor. The sheriff is not the problem you and your group are.

That is just false, Larry. Villanueva is the Sheriff, and without him, this inquiry would not super mario bros have begun. Even if he never set foot in Kuehl’s house, it doesn’t mean he didn’t play a role.

Sheila (and Lindsey) crossed someone who is more power-mad and vindictive than they thought or could aspire to be. Boo-hoo.

Here is a fact that you probably won’t find on this website:

The Judge who signed off on this search warrant is personal friends with Villanueva and had a battery charge (and a history of violence) that the LASD helped with. Source: https://www.latimes.com/local/california/la-me-sheriff-detective-judge-investigation-11192016-story.html

How about a different agency (perhaps federal?) investigates Kuehl instead of a political opponent just weeks before a huge election. That would make too much sense, right?

Wrong, the sheriff enforces the court order, that is their job. Villanueva recused himself from the investigation. Stop spreaking lies. The LA Times, you mean Niki’s paper is your truth?

Larry, none of that is true. Villanueva is the Sheriff and this investigation would not have happened if it weren’t for his direction. Just because he didn’t step foot in Kuehl’s home doesn’t mean he wasn’t involved.

“The LA Times, you mean Niki’s paper is your truth?”

This was published 2 years before her family even had anything to do with the paper! How embarrassing for you!

Horvath has her PR flacks working overtime after being exposed as the biggest political joke in California and probably the most hated politician.

No belief in the ethics? Are you kidding? To buy the LA Times endorsement by giving the owners daughter a seat on one of our commissions should see her disbarred from public service for ever.

The problem that we have is that most people vote straight party…..no matter what without any vetting. People on here at least are questioning what the hell is going on with all of the corruption that has gone on for decades! Since critical thinking is not taught in schools anymore, we have several generations of young people that don’t question anything & once you tell them something that they want to hear, they vote accordingly. These corrupt politicians that have ruled CA, LA & now WeHo, will not change unless they are held accountable. Good for the Sheriff’s dept for… Read more »

Horvath employs the tired and lazy political spin of deny, deflect, divert to gloss over a potential issue in which she, too, has horse crap on her corrupt hands. First, this no-bid contract award to an organization on whose advisory board Kuehl sits deserves accountability to the public (the supes are accountable, too, Linds!). It is NOT about what the organization does, it’s about the shady appearance surrounding the award of the contract. Second, how can Horvath speak out of one side of her mouth by claiming that investigations deserve to go through non-political processes to find facts, while she… Read more »

“Her obscene spin to taint the Sheriff as politically motivated”

There is no spin, Alan. Sheriff Villanueva is going after Kuehl for obvious reasons and you just choose to ignore them because you don’t agree with Sheila politically. Do you have any integrity at all?

Total your spin. The Sheriff enforces the court order. You are shooting the messenger. Kuehl giving her friends pet projects should sound familiar to Horvath, Land and clique.

Let the investigation proceed in the light of day and see if there’s a there there. Again, why the fear and hysterical spin if there’s no wrongdoing? Otherwise climb back into your sycophantic dark hole of anonymity.

“Again, why the fear and hysterical spin if there’s no wrongdoing”

An “investigation” being conducted by her political opponent after the DA’s office refused to pursue this a year ago?

Yes, that political investigation that the very political DA passed on for very political reasons. Here’s a Kleenex, wipe your nose. You’re like a one-hit wonder from the 60s. You rely on your anonymous sycophancy for relevancy, and morons like me fall for it and grace it. Shame on me! I once thought you were a 400 pound guy in a basement in New Jersey, now I’m convinced that you’re a Pavlovian robot.

Like her or not (I do not), there is no “obscene spin” about this being politically motivated. It either IS politically motivated, or has the appearance thereof. It should have involved an outside agency, such as the DOJ, FBI, etc.. Remember when Mayor Meister recused herself over the vote to not televise the candidate debate? Much, much smaller scale, but still comparable. Villanueva is up for re-election, and Kuehl is a political enemy. “Her obscene spin to taint the Sheriff as politically motivated is presented as a cover to her own naked political motivation and ambition.” So says you. I’m… Read more »

Not surprised. By now we all know that where there is unethical behavior and corruption you will find Lindsey Horvath.

Lindsey Horvath is a poor arbiter for ethical behavior. She can barely see past her thicket of malfeasance. A failed career as a result, not credible or competent to participate in any thoughtful form of public service.

Voters must defeat Horvath at all costs. She is hooked up with the two women behind the 800-dollar “rape report” Metro call line. What were the kickbacks? What about Faring!!!??? These slimy developers are the enemy of what was a great little town but now is a very dangerous strip mall from La Brea to Doheny. The Sunset Strip is now crappy billboards covering up what Frank Gehry called modern architecture –

Its quite simple at this point. Make sure you don’t vote for her and make sure that you don’t vote for the candidates she and Erickson support for council….Byers, Oliver or Wright. We’ll be in good shape once they are all out of the picture.