I am an artist and film maker who has lived in WeHo with my family since 1980.

I come from a family of Nazi fighters. Four of my anti-racist and anti-Fascist films are archived at Yad Vashem and many other international archives.

Last Thursday there was a Planning Commission public hearing and commotion in Weho about an approved “development” that had taken many Jewish Weho residents and others by surprise. The synagogue on Crescent Heights and Fountain Avenue will be demolished to make way for a mundane apartment complex and pool.

I commented in public that the pool will be filled with the tears of Jews. This didn’t go well with development representatives who aggressively shouted in my face.

But it was OK with the 100-year-old and 96-year-old Auschwitz survivors who publicly implored the unmoved Weho Planning Commission to save this historic art deco synagogue created by prominent Jewish people like Max Factor, Edward G. Robinson and the Warner Brothers.

This was a very sad day. As Mark Twain said “History does repeat itself but it rhymes.”

Destroying synagogues is not a good look for West Hollywood although it will be celebrated by anti-semites and racists. However some residents considered it an outrage.

The 96 year old lady survivor shouted repeatedly: This is not a shame, this is a crime.

We all travel the path of Tao. The donkeys used in the climb represent different doctrines each of us embrace. It should not matter which doctrine as long as it leads us to the summit.Your donkey may be a Zen donkey, mine might be a Tao donkey.There are Christian, Islamic, Jewish and even Agnostic donkeys, all leading to the same place. Putting aside both the donkeys and our interim experiences once we arrive at the summit is helpful. Whether we climbed in suffering or joy is immaterial, we are there. All religions have different names for the ways of getting… Read more »

History. Save what can be saved. 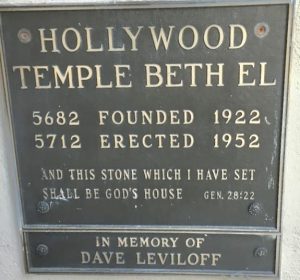 It would be a shame… 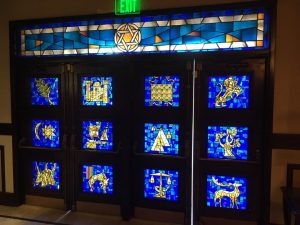 And so it goes.
Reply to  Stephanie Harker

Thanks Stephanie for sharing these. Way too much ignorance about culture and architecture in the supposedly evolved city. The ethical ignorance is almost unthinkable

Hey, Is there a way we can conduct a physical protest? I am Jewish, and this is not right. Neither any church or mosque? How can we get a protest group?

Yes. Physical protests make a great impact. Picket signs and LOTS of people always make a good visual impact. Organize the neighbors and the congregation. Take to the streets. Call the press. They could be interested seeing as the Temple was founded by Hollywood Jewish heavyweights. 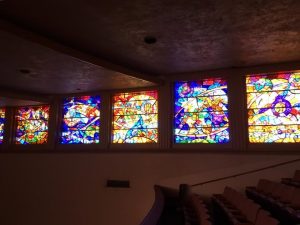 The Planning Commission, City Staff and City attorney violated their own ordinance. HaHa, such competence.

Re: Temple Beth El. When did this change and how in fact did the Iranians OUST, the Ashkenazis or did they simply move to another locations on their own? “In 1998 the building was sold to the Iranian Jewish Federation. An unusual arrangement was made between the new Iranian constituency and the former congregation: they would use the building together. The two congregations, one Askenazic and the other Persian hold services in the main sanctuary and in the more intimate domed chapel. Hollywood Temple Beth El is now working to forge alliances with new organizations to once again make this… Read more »

In the past few weeks, what seemed to be simply a bad decision about demolition of property has become a “cause celebre” and I am still out of touch with the nuts and bolts facts of the matter. Answers? 1. How and when did the “Iranians” wrest control of the property and evict the “Ashkenazi” from the shul? That appears to pop up in the matter without explanation. FYI: My only interaction with the “Iranians” was with a noise complaint from nearby residents, about 5-7 years ago, that I questioned at a CC meeting. 2. Can anyone go back to… Read more »

TEMPLE BETH EL Temple to the Stars, available via google. Several articles about founders etc. 1, 2, 3: No one was evicted. Both congregations diminishing, one purely by age and the other because they moved out of WH and wanted fancier digs. 4. The city violated its own municipal code in not recognizing the proper path of current and/or potential landmark. 5.No lawsuits please, just do the right thing and follow the law. An appeal of the PC decision is the correct path and if the city doesn’t oblige they will likely be sued. 6.The Persian congregation wants to be… Read more »

The two churches on Fountain and Fairfax are probably the next targets for developers. Tear down faith…. build expensive, albeit cheaply built housing.

Yep! The G_dless society that is California! Thanks Chelsea Byers.

I thoroughly agree with your points; and the louder the “development representatives” scorn your words, the Truer your words become.

The Planning Commission violated their own Ordinance regarding Review Authority on historic sites or those potentially historic sites/cultural resources. They had two formal opportunities to do so at the hearing and several inquiries to the Planning Department.

Hi Philippe, just curious, do you believe it would be considered respectable and a reasonable compromise to maintain portions of such a religious building and incorporate some of its architectural features into a new housing complex? This building certainly holds more character, uniqueness, and cultural meaning than some of the structures that are granted protected status in WeHo, like the “Craftsman District” single family homes of Palm & Hancock (what a joke). We do need housing here, badly. Its insane that a single person or couple making six figures struggles to purchase a basic one bedroom condo. Renting can even… Read more »

There is no real reason to compromise when the Cultural Resource Assessment was inadequate, incomplete and flawed. The architect appears to have created a highly respectable Art Deco Revival structure but given the scant attention to it in the “Windshield Survey” perhaps the folks conducting the scant survey were distracted and/or confused by the two obviously ineligible Neman & Sapper Halls to the north of the Temple.

Who owns the land and the building? The project isn’t going forward via eminent domain, is it?